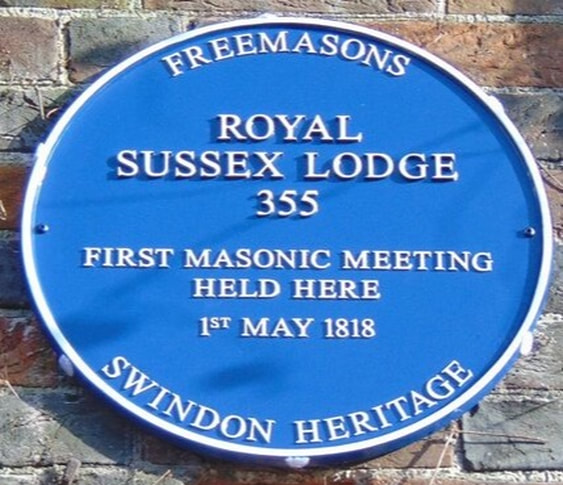 goddard arms, high street, swindon, wiltshire, uk, SN1 3EG
The first recording of Freemasons meeting in Wiltshire were in Salisbury in 1732, Chippenham 1763 and closer to Swindon was in 1768 a Freemasons lodge met at the Castle Inn, High Street, Marlborough.
We had to wait another 50 years before a lodge met in Swindon.  The Lodge was first called “Lodge of Emulation” No 702, and met on the 1st May 1818 at the Goddard Arms on the High Street of Swindon.

The lodge has had many distinguished members since 1818, but probably the most famous was Sir Daniel Gooch who became to have a big influence in Wiltshire and increased the membership by promoting the craft throughout Wiltshire and other counties.  He was very highly respected within Wiltshire and later became the Provincial Grand Master for Berkshire.
GODDARD ARMS, 1 HIGH STREET, SWINDON, WILTSHIRE, UK, SN1 3EG