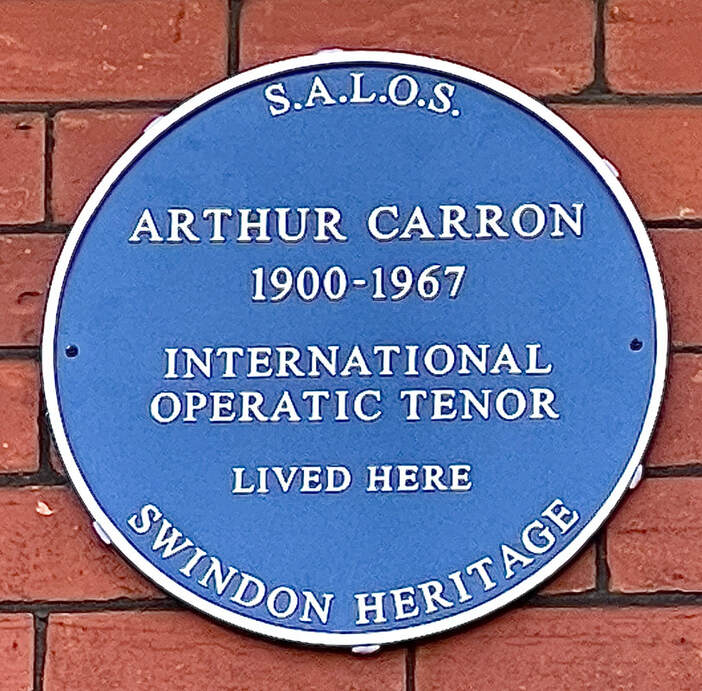 Arthur Carron studied under Florence Easton and made his operatic debut at the Old Vic as Tannhäuser in 1929. In 1931 he became the Old Vic company’s leading tenor when it moved to Sadler’s Wells Theatre. His roles at Sadler’s Wells included Fra Diavolo, Manrico of Il trovatore, Radames of Aida, Cavaradossi of Tosca, and Otello. In 1936 he made his Metropolitan Opera debut as Canio in Pagliacci.

He remained at the Metropolitan until 1946, creating the role of Nolan in Damrosch’s The Man Without a Country in 1937. Other roles there included Siegmund of Die Walküre, Tristan of Tristan und Isolde, Florestan of Fidelio, and Herod of Salome.

​The last six years of his career were spent at Covent Garden where he retired in 1952. The same year he was a founding member of the Swindon Amateur Light Operatic Society (SALOS).
79 BATH ROAD, SWINDON, WILTSHIRE, UK, SN1 4AX