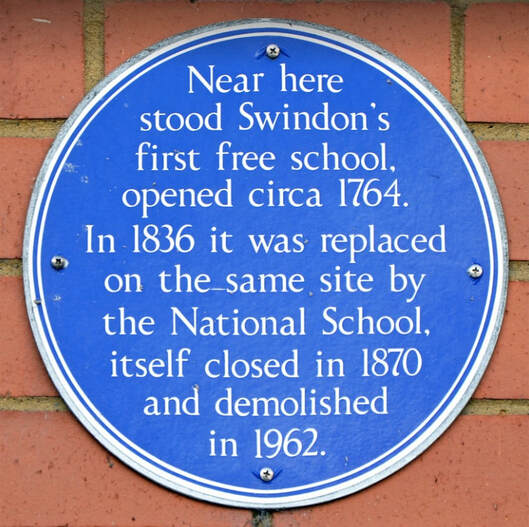 Plaque highlights a slice of history
A crowd of people gathered in the rain to celebrate the unveiling of a commemorative plaque marking the site of Swindon's first free school. Six years of campaigning paid off when Swindon mayor David Cox unveiled the 12-inch plaque on the side wall of Monahans chartered accountants in Newport Street, Old Town. It reads: "Near here stood Swindon's first free school, opened circa 1764. In 1836 it was replaced on the same site by the National School, itself closed in 1870 and demolished in 1962."

Relatively few people know about the history of the school, which was attended by Swindon author Richard Jefferies in the 1860s, or indeed, the fact that it ever existed. While the plaque's arrival commemorates the original site of the building, it is also an important factor in educating Swindon's youth. Coun Cox said: "It is important to learn about the history of Swindon. When we find these factors we should commemorate them, not just for us now but also for people who come after us to see and know.
"It's a grand job for the people of Swindon."
The plaque replaces its predecessor, a six foot long concrete sign, and is located sufficiently high enough to avoid vandalism, but low enough to read.